• Nizam Museum was constructed in 1936, to mark the completion of 25 years of reign of the 7th Nizam.
• Another important feature is the cupboard of the sixth Nizam of Hyderabad, Mir Mahbub Ali Khan who did not wear the clothes that were worn before.
• There are vintage cars such as 1930 Rolls Royce, Jaguar Mark V and Packard on the screen. 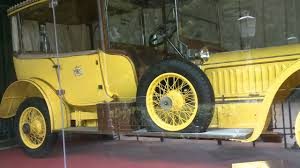 Located in the Purani Haveli, the Nizam Museum is a beautiful place to visit. Enjoying a rich collection of memories, gifts, souvenirs from around the world, it was created on the wish of the last and seventh Nizam, Asaf Jah VII, the museum presents an overview of the life of Nizams who governed the city of 19th to 20th century, achieved a high rate of development in the area.The museum is primarily a repository of souvenirs, gifts and souvenirs presented by friends and well wishers of the last Nizam on the occasion of Silver Jubilee celebrations in 1936.

The silver models of all Historical buildings in Hyderabad, and citations in Urdu on HEH Mir Osman Ali Khan were also present in the museum.A gilded wooden throne used for the Silver Jubilee Celebrations of the Last Nizam, a gold tiffin case encrusted with diamonds, a miniature which is a replica of the Jubilee Hall, a glass painting by Mir Osman Ali Khan. In addition, a wooden writing box studded with mother-of-pearl, daggers and diamonds, coffins and sterling silver (perfume containers) presented by the palvancha king. silver filigree elephants with mahout and Silver-clad diamond-studded coffee cups are on display

In 1936, to mark the completion of 25 years of reign of the 7th Nizam, many Silver Jubilee celebrations were organized. To celebrate this event, a special lounge of the Jubilee Pavilion was built in the Hyderabad Public Gardens (Bagh-e-aam). During this celebration, Nizam received gifts of souvenirs, models and presentations, which constitute a larger part of the objects exhibited at the Nizam Museum. With the latter, other gifts, which he had received from his sympathizers over the years, were also kept on display.He also relied on the Nizam Jubilee Pavilion Trust to take care of the museum and the objects that were presented.

The museum was open to the public in 2000 and since then it has been one of the most popular tourist sites in Hyderabad.The Nizam Museum consists of a wide range of rare and exquisite souvenirs. The major attraction here is the gilded wooden throne, which acted as throne during the silver jubilee celebrations of the last Nizam. There is also a golden model of the pavilion. Mother-of-pearl wooden boxes, chests, diamond and gold studded daggers, etc. are popular elements on display. Silver perfume bottles, a gift from Palvancha king is also an admirable work.

For car enthusiasts, there are vintage cars such as 1930 Rolls Royce, Jaguar Mark V and Packard on the screen.About 200 year old proclamation drums and a hand-operated lift over 150 years are some other features of the Nizam Museum that will interest you.Another important feature is the cupboard of the sixth Nizam of Hyderabad, Mir Mahbub Ali Khan. The wardrobe has two levels and each level is 176 feet long. It is made of teak of Burma, one of the most beautiful. The sixth Nizam, who never repeated his clothes, was given to others after being worn once by him. As a result, a section was recreated based on his various photographs and costume. In another part of the wardrobe, costumes of other women, children and men of Hyderabad were highlighted. 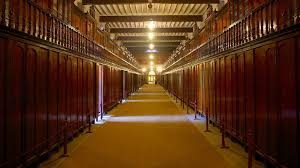 The best time to plan your visit to the Nizam Museum is between the months of October and February, as these months are relatively cooler, making it suitable for a relaxed tourism. It is open to visitors throughout the week, except on Friday. The schedules of the Nizam museum are from 10am to 5pm. Minimum registration fees are also charged. If you are interesting to click on some photos of the museum of Nizam, you can take prior permission to take your camera. The rare collection is worth taking effort and money, as the Nizam Museum photos can be one of the best memories of your Hyderabad tour.

How To Reach:
Nizam museum is located in the heart of Hyderabad city. It is easily accessible for by both public and private transport.

The Salar Jung Museum in Hyderabad is a repository of the artistic achievements of various European, Asian and extraterrestrial countries of the world. Much of this collection was acquired by Nawab Mir Yousuf Ali Khan, who was well known as Salar Jung III. The zeal for the acquisition of art objects continued as a family tradition for three generations of Salar Jungs. In 1914, Salar Jung III, after having abandoned the position of Prime Minister in HEH, Nizam VII, Nawab Mir Osman Ali Khan, devoted his entire stay to collecting and enriching the treasures of art and Literature to his life. The rare and precious objects of art collected by him for more than forty years, are located in the portals of the Salar Jung Museum, as rare as the rare art objects.