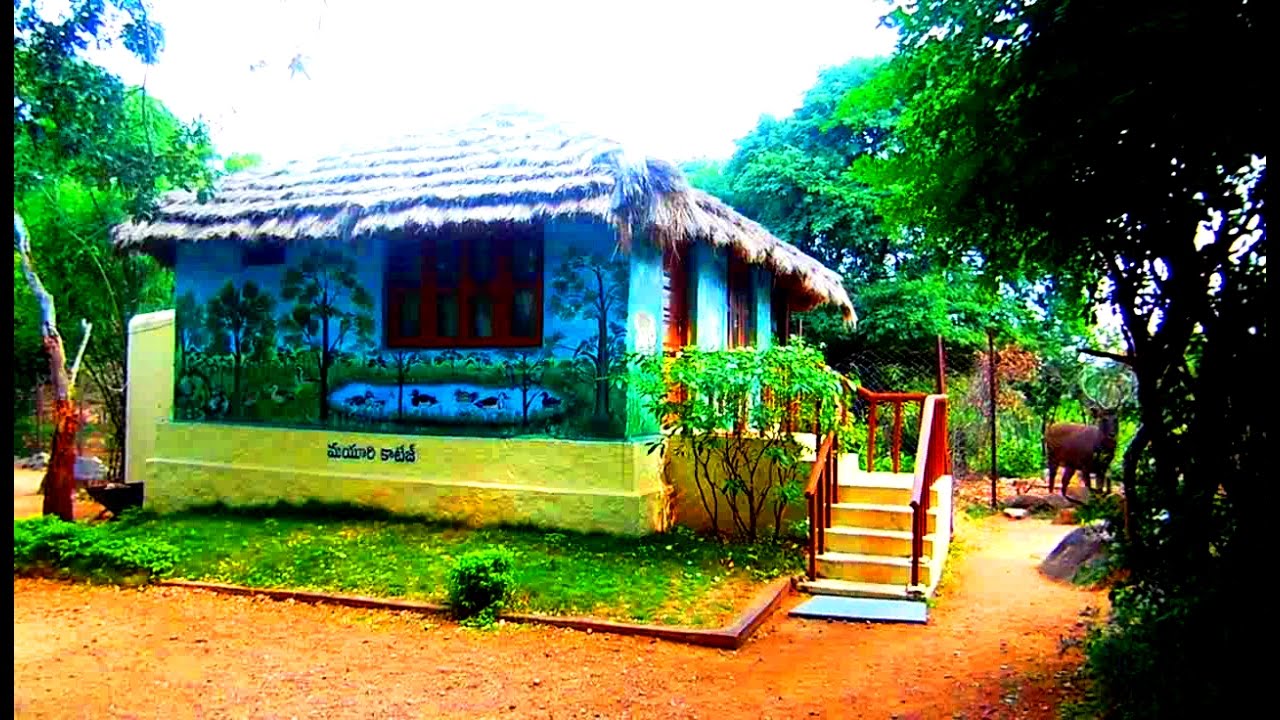 • The Mrugavani National Park, located in Chilkuru in Moinabad, is at a distance of about 25 kms from Hyderabad.
• The Indian government announced a wildlife sanctuary in 1994 and since then, the park is home to some 600 species of plants and animals.
• Spread over an area of 850 acres, it is home a wide varieties of wild animals and flora.

The present world has created its orbit around technology and modernism. The modern way of life demands more and more demands on the space and resources of our Earth. It can be seen that national parks have finally become the last refuge sites for most native species of animals as well as plants throughout the world. Even the governments of several countries have become aware of the importance of preserving these latter species in the sanctuaries of the wild life. Mrugavani National Park is one of the famous national parks in Hyderabad and home to many species of animals.

Some of the common animals found here are Mongoose Monitor Lizard, Cheetal, Foxes, Sambar, Black Hazelnuts, Wild Boar, Jungle Cat, Russell Viper, Cat Civet, Python, King Cobra, Indian Vipers and many more. It also boasts of a large bird fauna. Some of the birds you can see in this wildlife sanctuary are peacocks, warblers, flowerpeckers, stoning. With over 100 different species of birds, this is an ideal place for bird watchers. The Mrugavani National Park has a strong formation in the Deccan because it is composed of numerous rock formations. Its flora is mainly tropical with dry forests and meadows. It is mainly covered with shrubs and grasses. Some of the trees you can find here are relay, teak, picus, bamboo, sandal, palace.

The Mrugavani National Park in the state capital is an example of a beautiful national park that has transformed into a major tourist attraction. What is most exciting is that in a land covered with exotic and immense natural resources, as in India, it is an exceptional achievement. The Mrugavani National Park, located in Chilkuru in Moinabad, is at a distance of about 25 kms from Hyderabad. The national park is spread over 3.5 square kilometers of pure and uncultivated land. The Indian government announced a wildlife sanctuary in 1994 and since then, the park is home to some 600 species of plants and animals.

As with most national parks, even Mrugavani National Park has had the least amount of intervention and human interaction to ensure that all precious creatures remain intact in their comfortable natural habitat. Spread over an area of 850 acres, it is home a wide varieties of wild animals and flora. Its green and dense surroundings are bestowed with best of both flora and fauna. We can see that the park has a topography composed of several rock exposures that characterize the Deccan formation. The fauna of the wildlife sanctuary is as varied as possible. Foxes, black hare, wild boars, and Indian vipers are the most striking species for curious travelers.

You can visit this national park any time in the year. Monsoon season is the best time to visit this park.

How To Reach Mrugavani National Park:

Reaching the Mrugavani National Park is not difficult either, as it is well connected by road to Hyderabad. There are many direct buses from Hyderabad to here. It’s on the way to Chilkur. The Chilkur Balaji temple, also known as Visa Balaji temple, is another popular attraction of Hyderabad that you visit the same day. This temple is exceptional to be the only temple in India without hundi. mahavir harina vanasthali national park and kasu brahmananda reddy national park are other worth watching parks in Hyderabad.